The City Council desires the project to be completed without an Ad Valorem (Property Tax) rate increase.  The following financial plan has been developed without the need for increases in property tax rate, and utilizes funds from 5 total sources:

The following details are preliminary and are based on initial cost estimates, funding costs, 7 year average of Hotel Occupancy Tax income and a 4% interest rate on debt.  Once debt has been issued, annual payment amounts will be fixed for the 20 year term of the debt. Current City debt was issued at a rate less than 4% and based on our bond rating, we do anticipate a rate less than 4%, however, conservative estimates have been used.  The proposed plan also assumes no increase in hotel occupancy tax income; however, the city has experienced an average increase of 4% over the last 10 years.  Number will be updated as the project continues to develop.  The current numbers represent the highest possible cost and the lowest possible revenue. 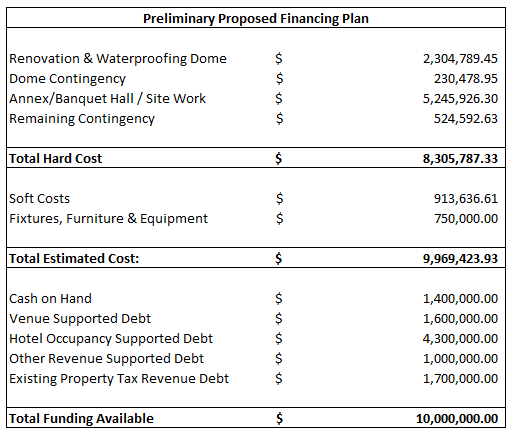 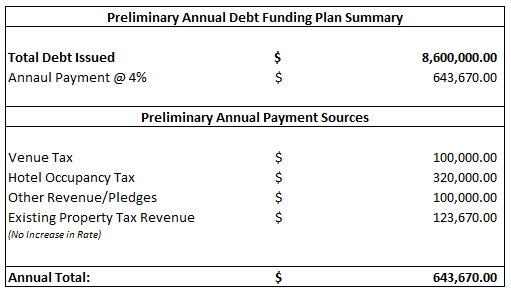